Jill O. Miles
A mom with a bad case of latent history interest. 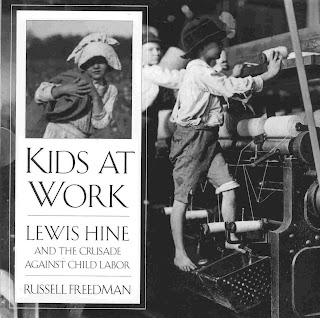 Can’t get your kids to clean their room or take out the trash without grumbles galore? Maybe a session with this book will whip them into shape. Kids at Work: Lewis Hine and the Crusade Against Child Labor

is a biography of Hines disguised as a 20th century photo documentary of how two million American children, some as young as three, where spending their long, dreary, hazardous days. It’s in fact brimming with his amazing photos of kids in coal mines, canneries, cotton fields and factories. I guarantee your child will be fascinated! 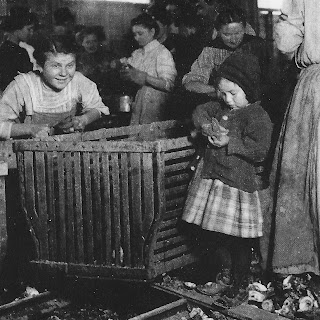 When we first purused this book, my daughter was about seven and still asking for me to peel her boiled shrimp. Then we saw the photo on page 42 of little four-year-old Mary who shucked two pots of oysters a day! Well, I was quick to point out, “Shannon, if little Mary could shuck all those oysters, you are certainly capable of peeling a few shrimp!” And she did.

It is a little eerie seeing eleven-year-old boys tend a blazing hot furnace with no adult supervision, so it may be crazy for me to say, but I can’t help but sense some pride in the faces of some of these capable children. Could twelve hour days have been scaled back to five hour weeks in lieu of cutting work out of children’s lives all together? Clobber me if you will, I'm just wondering. My son is 14 this summer and had high hopes of making money working at a marina near our house, but because of the child labor laws, he can’t be considered for employment until he is 16. My boy grew up around boats and helped bring a boat from the Bahamas to Florida in rough seas when one of the two adults on board was laid up with a bad back. He's earned his boating license, has several hours of flying time and scuba dives. He is quite capable of fueling a vessel, tying a line and helping passengers get their supplies on and off boats...but now he has to wait two more years in order to be paid for it.

On another note, we have a fig tree in our yard. It produced vast quantities of figs this year. My eleven-year-old daughter and her friends scrambled for every opportunity they could get to pick the fruit...because they loved doing it. I’ve heard that Georgia farmers were having a hard time finding fruit pickers this year because the state has scared illegal immigrants away. Why aren’t high school and college kids stepping in to fill the void? I remember my father’s tales of picking apples in upstate New York when he was a kid looking for a buck.

Well, I think Kids at Work

will be a great conversation starter at your house too. The book sums it up this way:  “Hine’s images of working children stirred America’s conscience and helped change the nation’s laws. With his box camera and his sympathetic eye, he made a dramatic difference in people’s lives. In a real sense, the face of America never looked the same again.”

Ages 6 and up
◊◊◊◊◊

Activity: For goodness sakes, learn how to peel your own shrimp:

A New Look at Ancient Rome 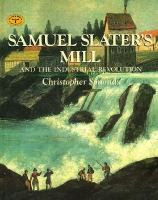 Like the actual industrial revolution, this book originates in England but then spreads into America. One key to that spreading thing is a man named Slater.

He grew up around the mills of England, and worked in them from the age of fourteen to twenty-one. That is when he finished an apprenticeship and wanted to open his own mill. But coming up with the money was a problem. He’d heard the United States awarded about $500 to the designer of a cloth-making machine and was sure there were opportunites for him there. However, the English, being protective of their healthy profits, made it illegal to send textile machinery, or plans for it, out of England. In Samuel Slater’s Mill: And the Industrial Revolution

you’ll learn how young Slater played the part of a farmer to get out of England with all those machinery designs safely tucked away—in his head.

The book goes on to describe Slater’s partnerships, machines, workers (lots of children), and his growing business. It grew so much, in fact, that he was worth the amazing sum of $1,200,000 when he died! The effects of this sixty-year revolution are also discussed from the population’s shift from country to city and from farmer to wage earner as well as the pressure put on the south to produce more cotton with slave labor.

Acivity: Watch this video and then weave your own textile creation. 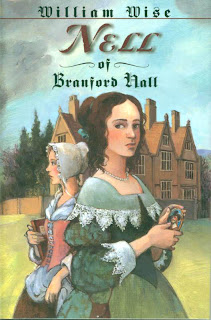 was like finding a little jewel. First and foremost, with no draggy parts nor dull characters, it was a pleasure to read. Then I was impressed with how it sprinkled in just a snippet of the Glorious Revolution, the Royal Society and other English history. But of course, the main course here is the plague...

It started with rumors that the dreaded disease was in Amsterdam and would get to England eventually. By the time Nell makes her first visit to London the plague has arrived. While there she has a major transportation problem. Her carriage wheel breaks and when she and an escort go in search of a hackney coach to hire they discover they are in the most disease ridden area of the city. Oh, the sites she sees! Ghastly. With great relief she finally returns to Branford Hall. But alas, the plague arrives in her beloved Branford Village. The villagers concoct a plan to deal with the plague. But will Nell’s dearest friend, Kate, survive?

The one oddity to me is that Nell’s uncle, a doctor, knows with certainty that the disease is spread by fleas. I believe this wasn't figured out until after the fact. But I'll say this, young readers will never again think of the plague without thinking of fleas.

Ages 10 and up
◊◊◊◊◊

Activity: Play medieval doctor. Try to diagnose and cure three patients. Read about their symptoms and then decide what treatment to prescribe. 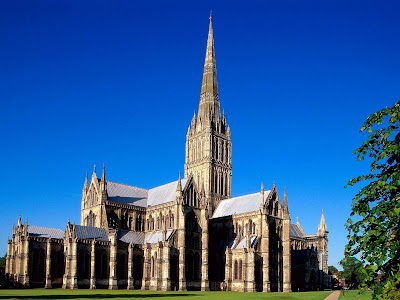 One of the predominate topics from my inspiration for this week’s theme, Sarum: The Novel of England

, was Salisbury Cathedral. This amazing structure was built between 1220  and 1258. In trying to find a related book for children, the closest I could come was Cathedral: The Story of Its Construction. It follows the process of building a cathedral in France, so is not based on an English style cathedral (does Westminster Abby come to mind?), but hey, you’ll get the idea. 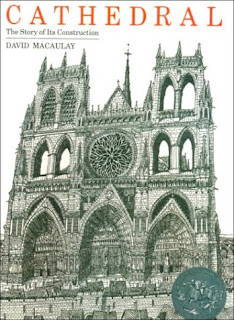 This book is laden with pen and ink illustrations as is David Macaulay’s custom. He shows us, in amazing detail, 80 years of cathedral creating effort in just about 80 pages. And what an effort it was: design the plans, harvest the wood, quarry the stone, ready the site, build the foundation, erect the walls, hoist the trusses, install the windows and cast the bells and so much more. Like the pyramids, the Great Wall of China, and today’s skyscrapers, Cathedral: the Story of Its Construction

will leave you in complete awe of human achievement. 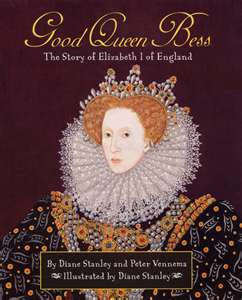 What was so good about Queen Bess? As you’ll learn in Good Queen Bess: The Story of Elizabeth I of England

, a lot. As the book jacket states, her “strong will, shrewd diplomacy, religious tolerance, and love for her subjects won the hearts of her people and the admiration of her enemies.”

The wives of Henry VIII, the sister named Mary and the Catholic/Protestant power play can be a little murky to understand but this book proceeds through Elizabeth’s life in an organized fashion and makes all that stuff crystal clear. And the icing on the cake? The illustrations! They’re a treat.

If you have any desire to learn about Queen Elizabeth, this is the book for you.

Activity: Give this Queen Elizabeth crossword puzzle a try.